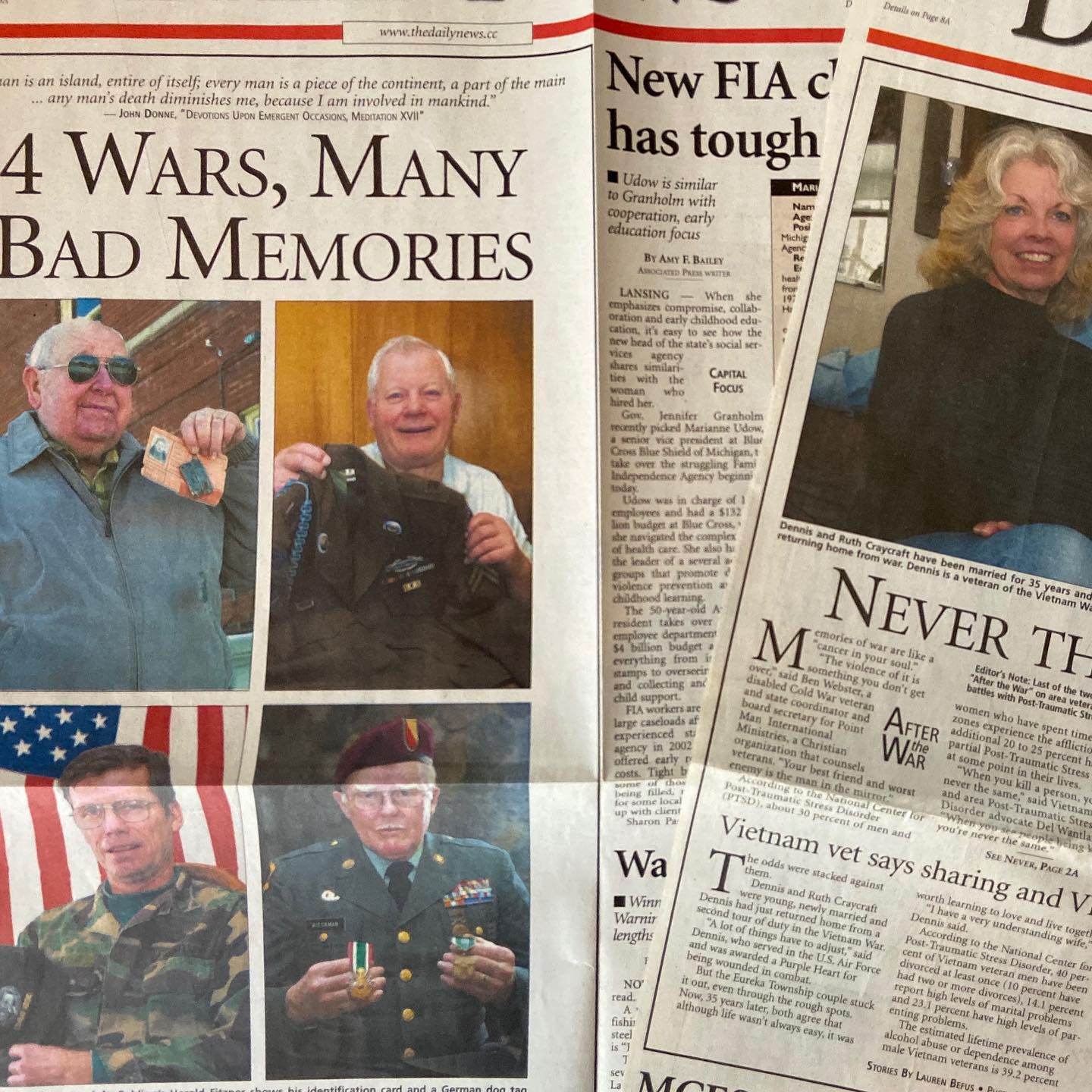 “Every day I live in the desert. I can’t get home.” Persian Gulf War Veteran Bud Rieckman

“You can’t be normal. War is still in the back of your mind. You can’t get rid of it.” – WWII POW Harold Fitzner

Eighteen years ago working as a rookie newspaper reporter at The Daily News, I had the privilege of writing a series of articles on local veterans and their battles with PTSD. As I listened to story after story about the lasting impact of war—the nightmares, the fear of surprises and loud noises, the suicidal thoughts, the likelihood of divorce, the drug and alcohol abuse—I learned firsthand the personal cost of combat. The plane crashes, the air-raid sirens, the explosions, the blood, the loss of best friends, and the bugs are never forgotten.

I had never heard stories like these. I was in awe. And what I found so fascinating was that most of these veterans had NEVER shared their stories before. I couldn’t believe it. Their spouses didn’t know. Their children didn’t know. I was so impacted by what I heard that I started carrying a tape recorder around with me after work. I’d stop by veterans’ houses, start asking questions, and just hit record. I didn’t know what I would ever do with those tapes, except share them with the families, of course. But I knew deep down that these stories were worth telling. They were worth sharing. They were worth preserving. I would never have imagined that twenty years later I’d be preserving these precious stories as a career.

No matter our politics, these men and women are worth honoring and thanking for protecting our freedom. Their stories are worth telling. Know a veteran who you want to honor and whose story you want to preserve? Send me a message.

Find out about getting started on your Life Story Project
Previous PostClifford Irving Benson
Next PostKnock, Knock. Who’s There? It’s Doc.